Add a Birth Month Bead To Your Jewelry The Story of Gutsy Goodness | Part 2 On the way to the hospital the adrenaline kicked in a little and I could answer their questions so the medical staff thought I was making a big deal out of nothing. I didn’t have a lot of earth-shattering symptoms, just a list of my medications and a complaint that I was tired.

They took blood samples and sent me back to the waiting room.

Until a nurse came out to pick up magazines and said “sorry for the wait but they are testing it all over again because...

"Your blood work has something weird going on with it. Don't go anywhere.”

“Weird?” I asked and he realized what he’d said and skedaddled right out of there.

“Not the description one hopes to hear while sitting at the ER” I whispered to my husband.

To keep this short, I had multiple ulcers and had been bleeding internally for over a week. My blood count was down to six. It wasn’t surprising that it had occurred--I had taken anti-inflammatories for over twenty years, along with prednisone--and it eventually had caught up with me. But the fact that I had so few symptoms was concerning.

By 1 AM I was checked in and given a blood transfusion. Which I had an awful allergic reaction to—right when the computer system was down and my nurse was busy trying to talk to doctors caring for her own husband at a different hospital.

So there was a whole lot of drama and half the hospital staff referred to me as “oh-you’re-the-one…”for the next few days.

But you know what?

Despite being so exhausted I couldn’t sit up my brain was on our new business. I remember during an ultrasound instructing Joel over the technician's shoulder, “You have to get that order out. I started it but it’s not done…”

We’d just received our first bulk order and it would not be late! I explained to Joel what absolutely had to be done and sent out the next day before he came back to the hospital to visit.

That was how we began our first days of owning our own business.

Was it all a bit terrifying at times? Yes! Some days it still is.

I love how Mary Tyler Moore explains the options one has at times like this:

“You can't be brave if you've only had wonderful things happen to you. Pain nourishes your courage. You have to fail in order to practice being brave.”

So we decided to practice being brave.

Joel and I looked at the life we have here in sunny Southern California and the cost of living and the constant big financial question mark that hangs over every medical-related expense I ecru and we wondered “What made us think starting our own business was a good idea?” We’ve weathered a handful of storms… and we’ve hung in there. We never would have even imagined that it would be possible for us to even work together.

Because... can we get real? Husband/wife businesses are not always the easiest thing to manage.

But we make a good team. We each have our own strengths and we separate out what we are both in charge of.

This business is God’s. We won’t hide that. We work like crazy, we have dedicated 12+ hour days for years so we can reach more people like you with a message of hope.

So we just get up every morning and do what God puts in front of us.

We try not to allow too much emotional baggage into the equation. Because what good would it do? 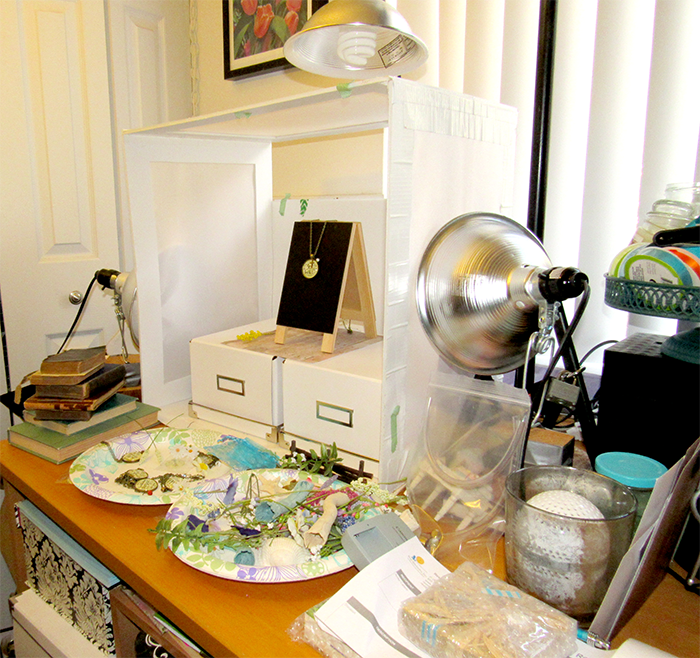 Here is one of my favorite reminders:

“And which of you by being anxious can add a single hour to his span of life? And why are you anxious about clothing jewelry?” Matthew 6:27

It’s how I am wired. I do much better having something else to focus on other than myself or any physical pain. And Joel feels the same way.

Routine helps immensely. It also gives me plenty of opportunity to question ‘if I am experiencing this… could someone else most likely be going through too?’

And that is how many of the jewelry designs came to be.

I ask myself ‘How I can reach out to that person and offer a bit of friendship? Our own little club?

Not so much “you and me against the world” but “lean on me, when you're not strong. And I'll be your friend. I'll help you carry on…”’

Why not use jewelry as the facilitator to spread a little joy around? A little goodness? To celebrate the fact that life takes guts?

Why not indeed, right? Join the CLUB for new videos, discount codes, and more!